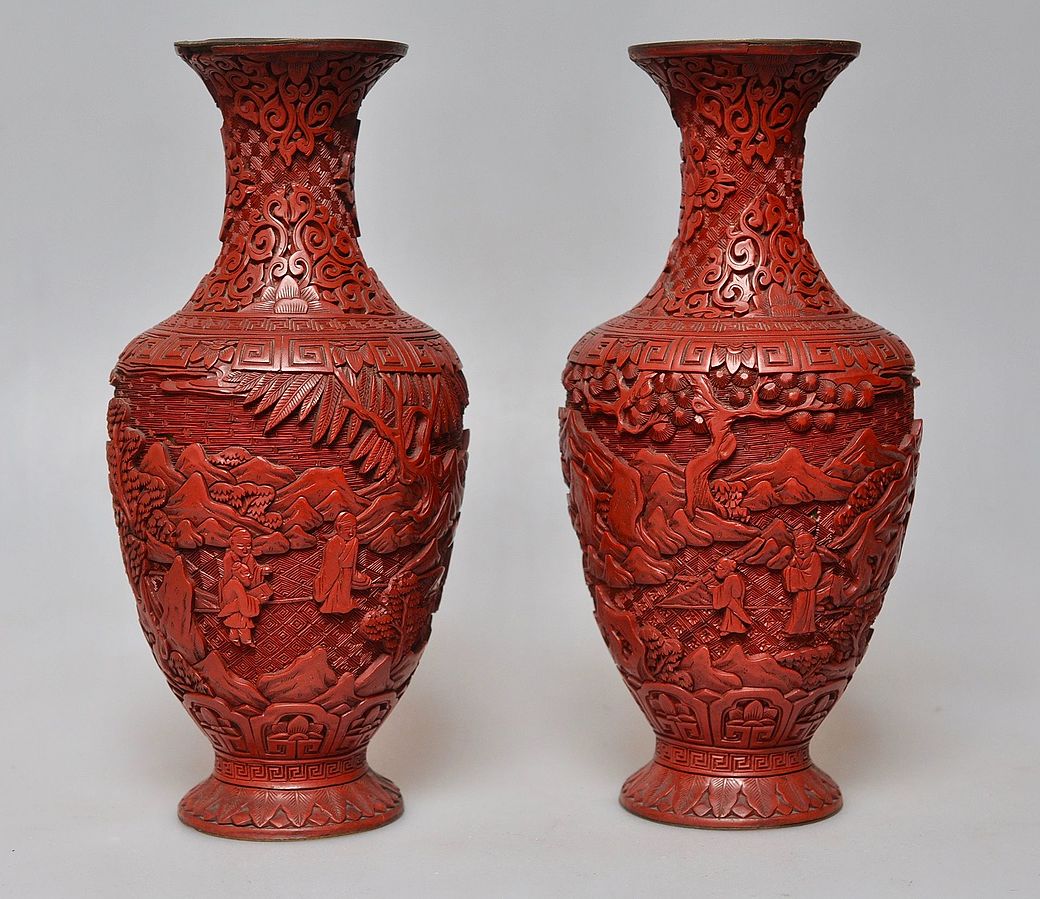 The material we know as “lacquer” has a plant origin, as it comes from the so-called “lacquer tree”, widely disseminated in Asia through a variety of subspecies. Indeed, the word we use - lacquer - connotes to this origin, and, interestingly, its western etymology is Portuguese and dates from 1553, while observing the insect coccus lacca extracting a dark red resin from the branches of a tree.

The colour of the lacquer extracted in the rough presents itself as a greyish beige (getting closer to black as it is exposed to light) and its quality varies mainly depending on the territory where it is planted, and the time of year when it is extracted. Sometimes, external elements were used to artificially increase the quality of the raw material (such as tea oil or pork bile), in order to make at least 2 types of batches of raw lacquer, one of the highest quality and without the need for added elements, and one of lesser quality, however, improved using the aforementioned additions.

The chemical process, by which the viscous liquid, which is the raw lacquer, solidifies, is called polymerization and is roughly the same that occurs in the plastics industry, being the reason why lacquer is regarded as the first plastic known to mankind. The need for oxygen for polymerization is the key element here, as it will condition the entire manufacturing process of lacquer parts. In fact, for solidification to take place, it is necessary for oxygen to penetrate the material, which forces the artisan to make extremely thin layers of lacquer, otherwise only the “shell” of the material would be solid – measurements made on lacquer pieces from the Ming dynasty (1368-1644) demonstrated that each individual layer of this material would measure no more than 0.03mm (or 30 microns), and from there we can have an idea of the amount of work involved in carrying out the manufacture of even just one piece. In fact, during the Ming Dynasty, taking several years to conclude the production of just a single piece was regarded as perfectly normal.

In 15th and 16th century China, both regarded as the highest standard ever achieved in what concerns the quality of Cinnabar lacquer pieces, there were only three colours, red, black and yellow. The red is of course the pigment which would give lacquer the cinnabar name, as cinnabar is a natural mineral, usually with a high concentration of vermilion, giving it the characteristic red colour. Together with vermilion taken directly from mercury, cinnabar was used to give lacquer the colour red, as were the orpiment for the colour yellow, and carbon for the colour black.

Supported on a wooden base, a variable amount of thin layers of solidified lacquer were superimposed in order to build a larger body, which we can call a band, and a variable number of bands joined together to form the final body of the object, ready to be carved. Normally, the wood was first covered with a lacquer-impregnated fabric, on which a mixture of lacquer and ash, black in colour, was applied, whose function was to provide a solid and smooth base to then start to settle the successive layers of real lacquer. In this succession of layers, it was found that the lowest was yellow in colour and in smaller numbers, followed by red layers, only interrupted by a few bands of black colour, not very thick, and made of only 3 or 4 layers. Note that each layer allowed itself to solidify before laying the next and that each piece would never have less than 100 layers, each one of which would take four or five days to dry, so it would surely be 2 years before the piece was ready for the engraving artist to begin his work. In this way, it was found that the black bands would serve for the recorder to be aware of the depth of his intervention, and, similarly, that the yellow band marked the end of the sculptable material - this band, in addition to this technical function, would also assume an important decorative function, as it allowed the artist to reveal a yellow background if he so chose.

Red and black remained the dominant colours on Chinese cinnabar lacquer pieces over the next centuries, while the use of yellow decreased, as some new colours emerged, like green and purple. Nowadays, 15th and 16th centuries cinnabar items are extremely rare and usually call for a very high premium in the rare occasions they turn up at auction, like the Yongle Period (1402-1425) box and cover sold by Christie’s in 2017 for over 1.1 million dollars. There are plenty of more examples available from the 18th and 19th centuries, but good pieces will always be expensive. The best advice now, if you do not want to spend a lot of money, is to go for the mid 20th-century pieces – there are extremely high-quality examples from 1950’s 60’s and even 70’s (The Cultural Revolution) available below $1,000 and the tendency is for prices to grow up fast in the years to come.

Sign up for design inspiration, artist profiles and our weekly overview of new editions...
You may also like...
André Delatte
Wondering about the Cabinet of Curiosities
Chinese carved cinnabar lacquerware