Wondering about the Cabinet of Curiosities 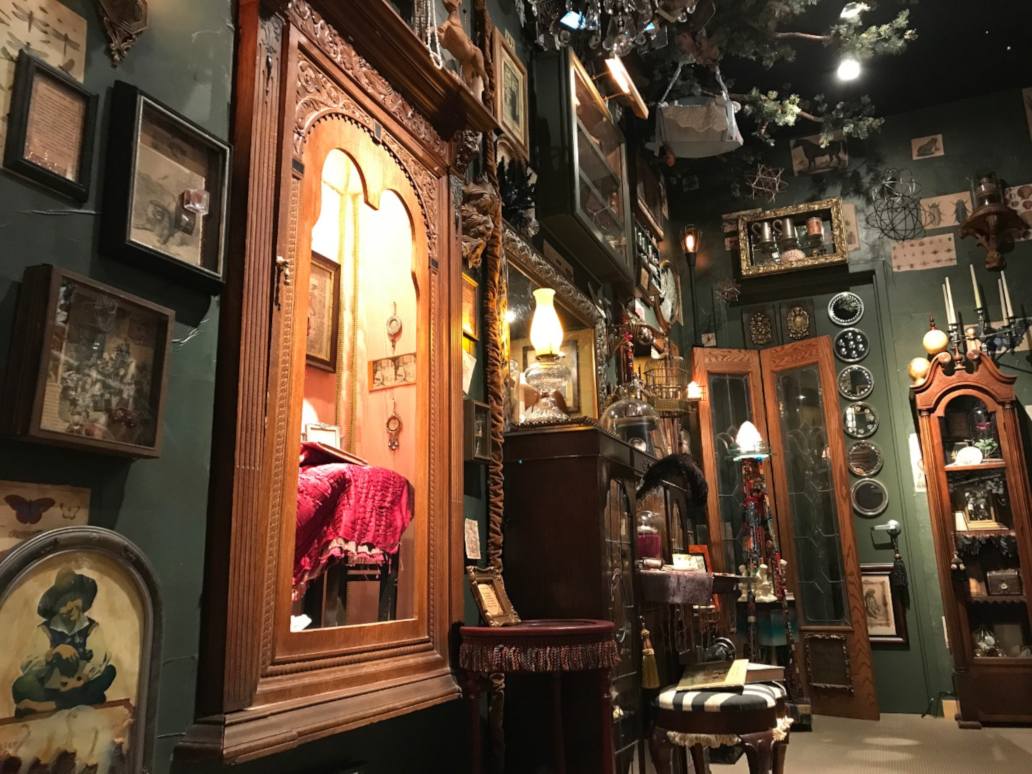 Cabinets of curiosities have been around for more than 4 centuries, and they may be regarded as the ancestors behind our passion for collecting antiques – these “chambers of wonder” were the first visible shape of our taste for antique and precious, foreign and exotic, mysterious or simply special objects.

What are the origins?

Italy has been regarded as the cradle of this tendency to embrace and study these out of the ordinary items, with the first documented small private museums emerging on the territory. The Medici family pioneered this new practice in the late 16 th century, when a studiolo (a cabinet, in Italian language) was built for Francesco I de’ Medici in 1570, inside the Palazzo Medici, following a long tradition of antiquities collecting started by Cosimo de’ Medici in the 1440’s, when the Palazzo was commissioned and built.

But were the very first proto-cabinets actually an effort from wealthy and prestigious families to amuse their own exquisite whimsicality, regarding this peculiar taste for the rare and little known objects, coming from the most remote origins in time or place? (for instance, Cosimo de’ Medici was keen in collecting Etruscan objects).

Who is curating these collections?

What we know is that these cabinets were intrinsically the work of cultivated and wealthy minds, and were kept very privately, often only permitting access to a highly restricted circle of people. It was with the development of the concept through the 17 th century that cabinets of curiosity became increasingly popular and accessible to a few more, clearing the way to what would later become the public museums.

But what could we find inside these wonder rooms? Of course, materiality is always what makes our eyes sparkle, but these cabinets were, in fact, the result of the will to gather knowledge, from both the natural and cultural worlds. Thence the fillings of such chambers would have a multifaceted character, ranging all the way from the scientific to the esoteric and the unexplained: extraordinary objects would include shells from distant seas, oddities such as strange bones and skeletons, exotic eggs, taxidermy, maps to unknown territories, precious stones with unexpected shapes and colours, ancient and undeciphered books, religious items, scientific instruments and tools, delirious mythological items like unicorn’s horns or phoenix’s feathers, alongside with objects of antiquity, such as statues, jewellery or ceramics.

What happens to these collections over generations?

As St. Thomas Aquinas puts it in his Summa Theologica from the 13 th century, “...wonder is the beginning of wisdom, being as it were, the road to the search of truth...”; so it was the goal of the cabinets, to create a system of knowledge which could represent the worldly diversity of things, through the collecting, study and understanding of special and extraordinary objects from different times and places. There are actually several examples of important collections that turned into museums, which were initially gathered in the scope of a curiosity cabinet, two of the most notable being the Ashmolean and the British Museum, both harbouring collections of nearly incalculable value. And just to end our little journey “out of curiosity”: a complete first edition set of books (4 volumes dated 1734-1765), with plates depicting the collection from the wonder room of Albert Seba in Amsterdam, sold back in 2007 for over fifty- thousand pounds, at Christie’s of London. Let’s keep on wondering, then.

Sign up for design inspiration, artist profiles and our weekly overview of new editions...
You may also like...
Maison Denière
Wedgwood Jasperware
Archibald Knox and his Design