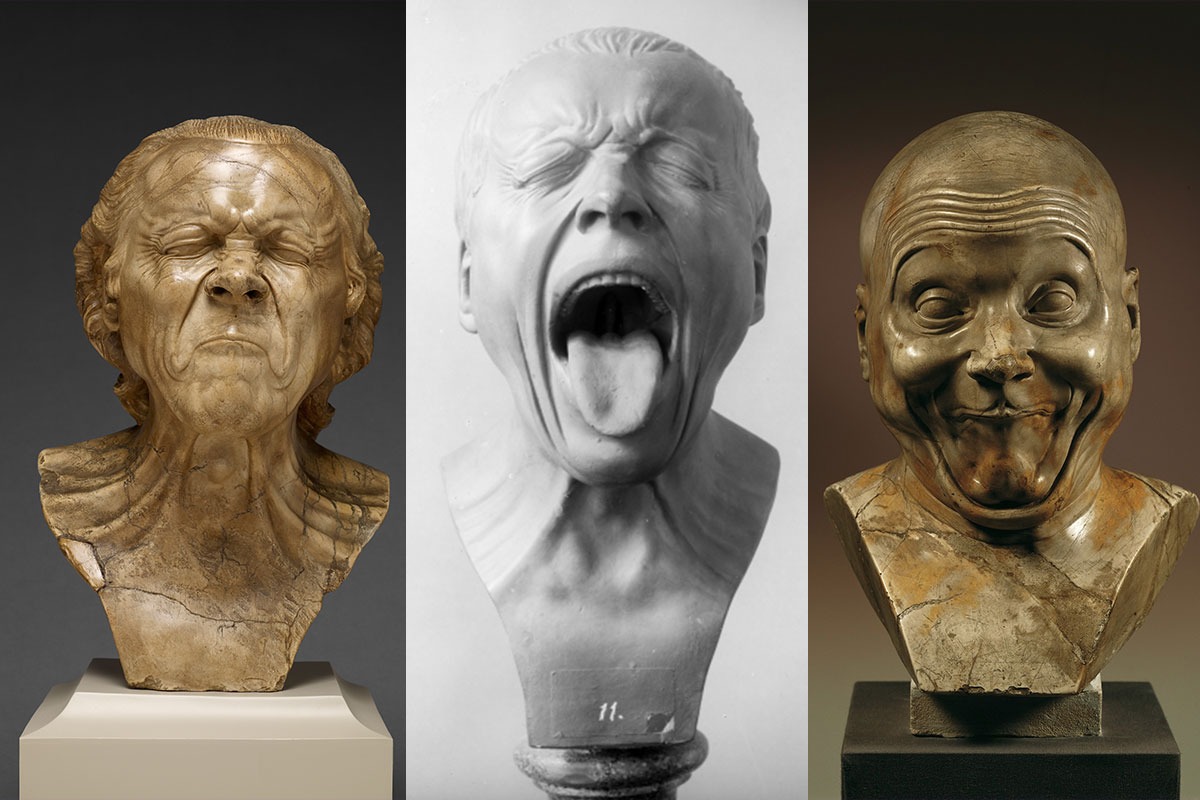 Austrian sculptor Franz Xaver Messerschmidt was born in Wurttemberg, Germany, in the year of 1736. He is most known for his series of 64 grimaces represented in extraordinary character heads (of these only 49 survive today), which have shocked the artistic critique of the period, and puzzled arts critics ever since. Messerschmidt remains one of the most mysterious and intriguing figures in Art History, and we cannot but refer to one simple word, if we want to take a shot at portraying his late work: tantalizing.

How did this creative mind rise to fame?

The artist did however enjoy a rather regular early career, having graduated in 1755 from the Academy of Fine Arts in Vienna, after having trained with his uncle, the famous sculptor Johann Baptist Straub. Nevertheless, someone with the genius and a peculiar personality such as those of Franz Xaver, would have always made enemies anywhere he showed his exceptional gifts, and there are reports of intrigues regarding his person in the Viennese Academy – this is what some authors identify as the turning point towards the degradation of Messerschmidt’s inner-self. But he was so gifted he became Vienna’s most admired sculptor, receiving praise from the social elite in the city, as commissions for new sculptures kept on coming to his studio, even by the empress herself, Maria Theresa. However, from 1770, the interest for the sculptor’s works suddenly decayed, maybe because he had shifted his sculpting style from the late-Baroque to the Neo-classical, he was no longer as requested as before, and commissions came to a halt.

This had a swift effect on Messerschmidt’s fragile emotional balance, he started to believe there was a plot against him in the city, and feelings of persecution took over his life. He decided to sell his house in Vienna and to seclude himself, firstly, alone in the exile of the wilderness, and after that, with his brother in Pressburg (Bratislava).

What inspired the character heads?

There are a number of theories trying to explain why Franz Xaver embarked on the project of the character heads, as they were in all senses completely different of what he had done before, and, for that matter, completely different of anything that had been done until, or, we might even add, ever done. The most widespread opinion seems to be that of a mental illness, that Franz Xaver had always been psychologically unstable by nature, and the condition just grew on him as the years went by (which in fact was also the feeling of the period); this would have triggered on him this necessity of purging a myriad of emotions he could not bear with, thus transferring them to his work. One other theory advocates that we cannot just accuse a genius of being insane, when he was actually performing an important breakthrough, regarding the representation of the “passions of the mind”, as he called it. In fact, he had made it his own personal quest to identify the grimaces of human nature, which he thought were 64, and represent them in a series of busts made of alabaster or lead.

What feelings do they provoke in you?

Tantalizing, according to the Cambridge Dictionary is something that “...causes desire and excitement in you, but is unlikely to provide a way of satisfying that desire”. And that is exactly what we get when we stare at a Messerschmidt’s character head, a profound feeling of desire, hope, excitement, but that will only lead us to an unexplained sense of unmet hunger. It is this same fascination that has kept Franz Xaver Messerschmidt’s late work as some of the most valuable sculptures in the world. Sotheby’s has a public record of three of his character heads, which have sold, respectively, for 1, 2 and 4 million dollars. Not bad for a mad man.

Sign up for design inspiration, artist profiles and our weekly overview of new editions...
You may also like...
Antiques Guide
Jean Launois
Archibald Knox and his Design